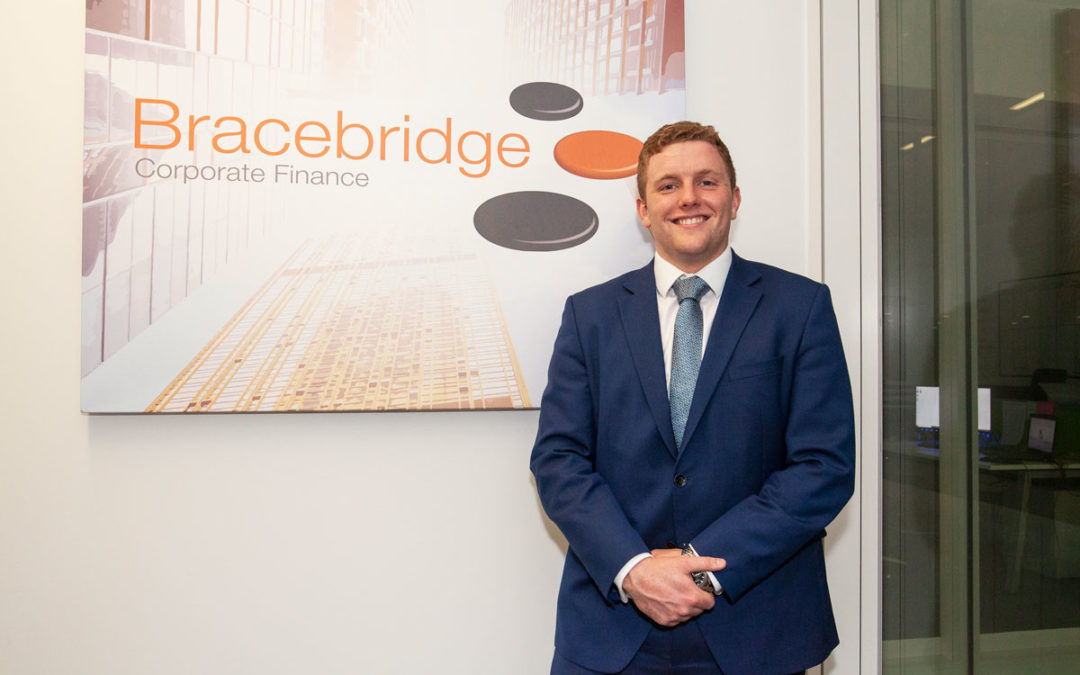 Bracebridge Corporate Finance is delighted to announce the appointment of Conor Murray as an Analyst, based at the firm’s Birmingham office at Two Snow Hill. Conor’s role will be to provide research and transaction support to an increasing number of clients who are going through a sale process or the Bracebridge Exit Planning programme.

Conor joins from Succession Wealth where he was working in wealth management. Andy Moore, Managing Director, believes every business owner should be planning well ahead, not just in terms of the transaction, but also their own personal wealth management, so Conor’s experience is highly complementary.

Conor answered a few questions about his new role:

Why did you decide to join Bracebridge?

I think it’s fair to say that Bracebridge is at a really exciting point in its life, much like Birmingham! Bracebridge is as busy as it’s ever been and its hands-on approach to doing deals makes it a great place to develop my career in corporate finance. Birmingham likewise is alive with commercial activity and Bracebridge’s small but experienced team is well placed to work with many of the Midland’s based SMEs seeking advice on a sale or how to plan for an exit.

Tell us about your previous experience

Most recently I have been working with Succession Wealth, a highly acquisitive wealth management company and before this I spent some time in insurance and investment management and before going to university I spent a year working at Pinsent Masons in Birmingham. I’ve had a great deal of client facing experiences across all of these roles. Whilst the roles differed greatly, I look forward to drawing on all the skills and knowledge that I have picked up along the way.

Looking towards my current role with Bracebridge, my time spent working at Pinsents is probably the most instructive. Whilst there I was given the chance to work on some of the headline deals completed by the team and it was this transactional experience that really helped to put me on the path into corporate finance.

What are your interests outside work?

Until this year I had been very active in Rugby, playing at Exeter University as well as coaching. Sadly injuries have caught up with me so I’ve finished playing and I’m currently considering making a return to coaching in the next few months. Beyond this, I’m a keen golfer and surfer so weekends are either spent driving to the south coast or at Little Aston Golf Club.