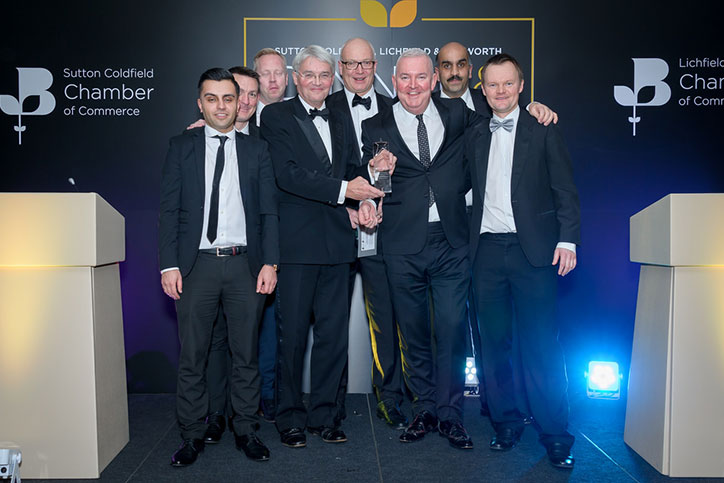 Wright Restaurants operates the largest McDonald’s franchise organisation in the UK, which now comprises 17 restaurants. It has expanded significantly in the last three years, with turnover doubling to more than £41 million. The firm’s workforce has also grown to almost 1500. Andy Moore commented: “We were delighted to sponsor the award and we would like to congratulate Wright Restaurants on their success”.

The Tamworth winner was Pickerings solicitors and the Lichfield winner was Crown Highways which works for Highways England and various local authorities on the maintenance of the road system. The firm started life in 1994 as a civil engineering contractor but has subsequently moved into several new sectors, including technology, street lighting, sign installation and drainage. Among new markets for the firm is electric vehicles, where it will be involved in the installation of charging points.

Moore, who has also served on the committee of the Sutton Coldfield Chamber of Commerce for the last two years commented: “There are an increasing number of high quality, high growth businesses in the Midlands region. We expect this to continue as the region benefits from factors such as HS2, the Commonwealth Games and the relocation of HSBC’s national head office. There is real feel-good factor in the region at present”.