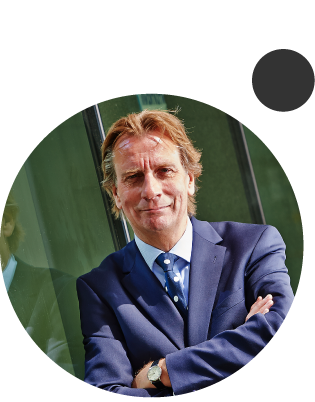 Frank brings a vast amount of commercial and strategic experience to Bracebridge and has personally been involved in the sale of businesses and management buy-outs for many years. As well as being our non-executive Chairman, Frank is also Chairman of The Frontier Medical Group Limited, Chairman of JRI Orthopaedics Limited, Chairman of The Robert Jones and Agnes Hunt NHS Foundation Trust and he sits on the Life Sciences Advisory Board of The Mercia Technologies Fund. Previously, between 2001 and 2013, Frank was CEO (and latterly Chairman) of The Summit Medical Group Ltd. Frank was central to the growth of the company during that period, including the acquisition of businesses in France and Germany and the establishment of a wholly owned subsidiary in Australia. Frank also led the company through a change of ownership in 2008 which saw Summit Medical being acquired from Graphite Capital by The Riverside Company in a secondary management buy-out. In December 2013 Frank was invited by Kester Capital to join the Board of Frontier Medical Group as Non-Executive Chairman. Frontier is a UK based medical devices and healthcare services company with international interests. Frank took on the Chairmanship of JRI Orthopaedics Ltd in April 2016. Frank’s early career saw him holding a variety of senior leadership roles in the UK’s National Health Service, including over 10 years as Chief Executive of various district and regional hospital groups in the UK. Frank has an MBA and an MSc, as well as a variety of other qualifications.